Last year I began a photo series of portraits of wildflowers. They are beautiful close ups taken with my Mamiya and I love them dearly. My goal with the project was so identify wild plants, forage edible wildflowers and preserve them as jam. Once I finished shooting for this project, the wildflowers were past their prime so I decided to finish the last step of my project here in Asheville! I went out on some lovely hikes and gathered daisies, red clover, honeysuckle and spiderwort.

I’ve been making jam almost every year since I was a toodler with my grandmother and mother, then I continued to make our famous strawberry jam with one of my sisters every summer as we grew up. I didn’t follow a recipe for the wildflower jam, just used what I already knew about jam making, but I wanted to share the steps I took because this stuff is amazing and everyone should try it!

First I gathered the flowers, I ended up with about a cup and a half total once the buds were picked and washed.

I then picked all of the buds off the stems and washed them in cool water. I put them in a bowl and steeped them in 2 cups of boiling water.

The flowers sat in the water for about 24 hours.

Next, I straind the wildflower infusion into a pot (ended up being about a cup and a half). I added one box of pectin and the juice from one lemon. 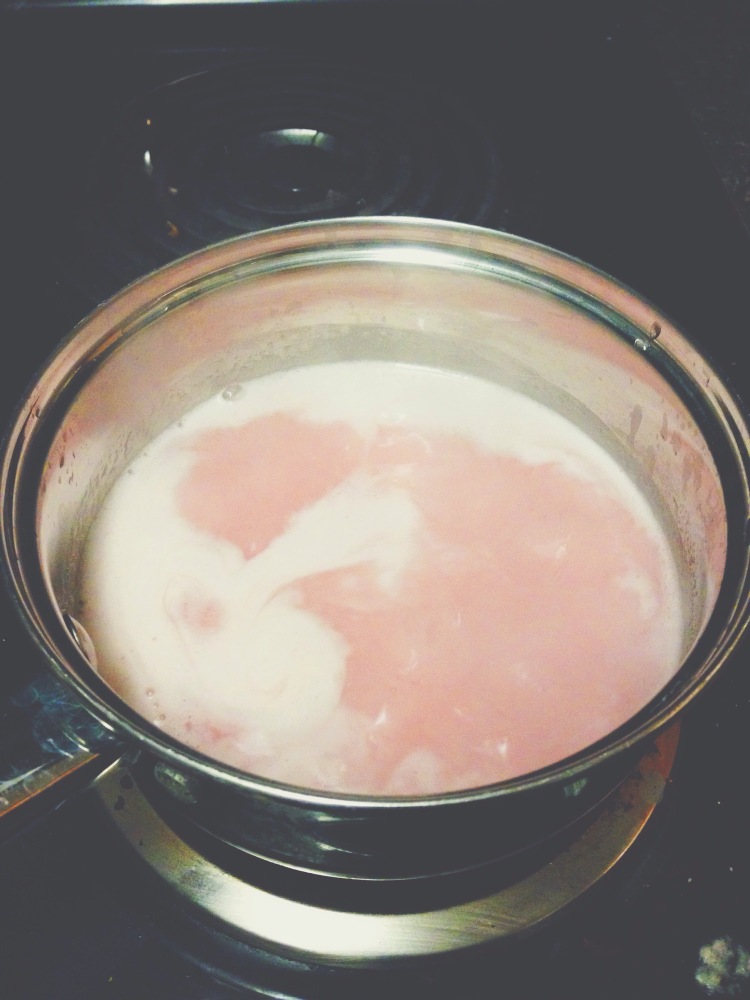 I stirred the mixture on and off til it came to a boil, then I stirred in two cups of sugar and continued to stir until the jam mixture came to a roaring boil.

I continued to stir the jam mixture for another minute. While this was going on I boiled a pot of water for the mason jars to process in. 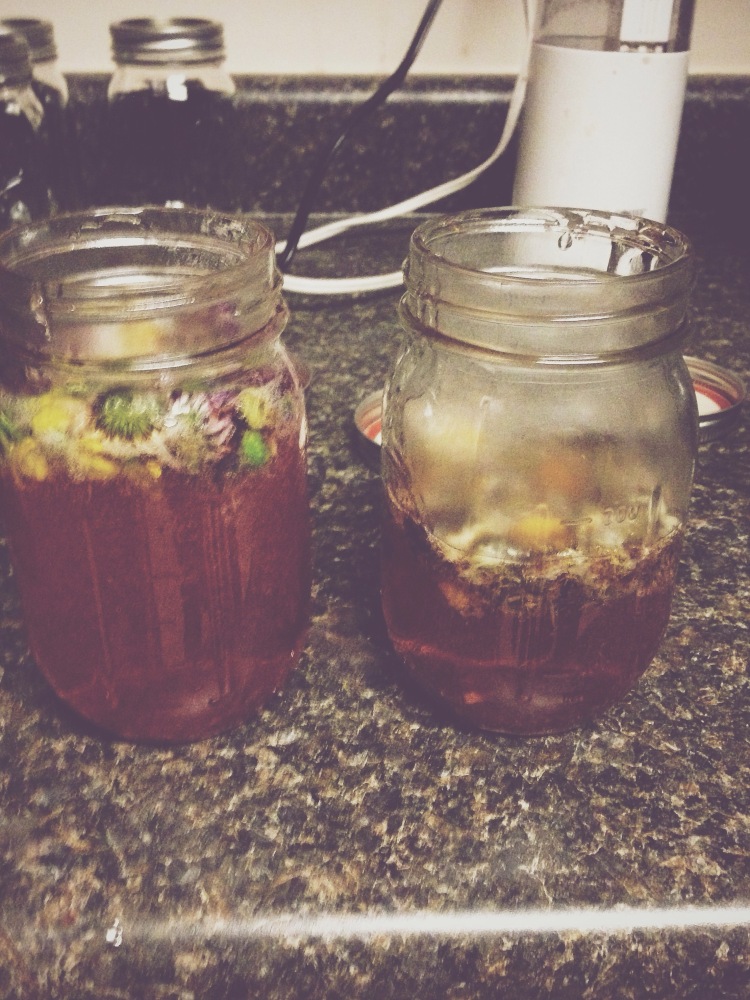 This is the part where you have to move fast. I had prepared heated jars before hand to ladle the jam into. I filled up the jars as much as I could and then I put some freshly washed wildflowers on top.

*Little side note: technically speaking, jam has little bits of fruit in it and jelly is made from an infusion. I thought that if I put whole flowers into my “jelly” that I could then call it jam. 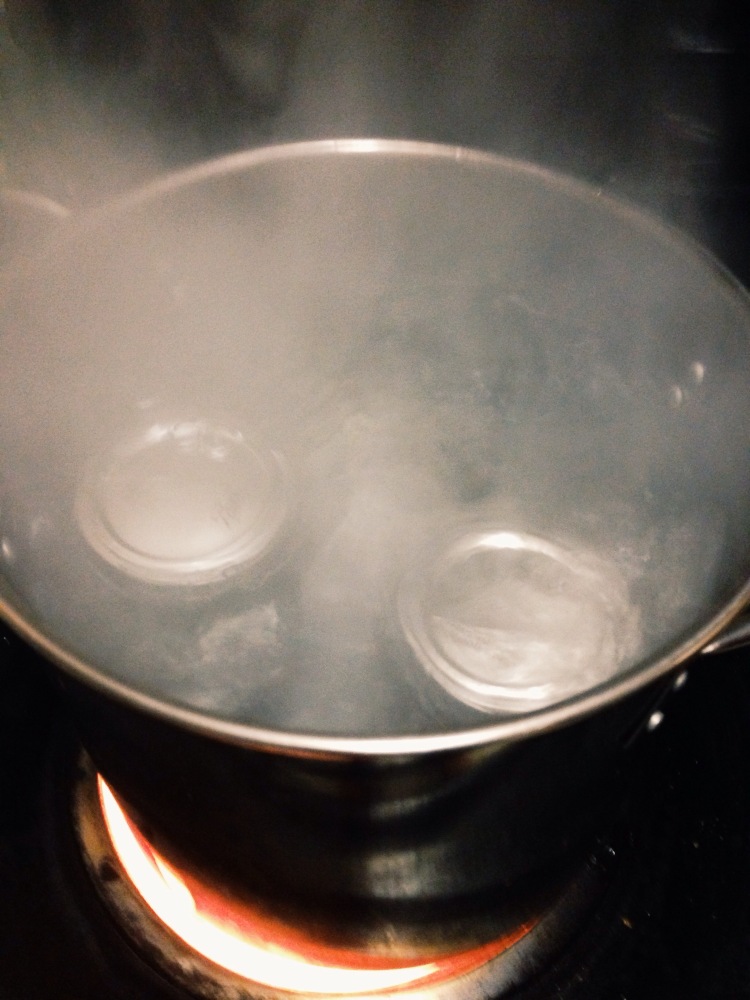 I covered up the jars and put them into the boiling water to process for ten minutes. Then I removed them and let them cool over night.

The jam came out exactly how I had hoped! The consistency was perfect, just like any other jam or jelly, and the taste was…well, floral! It was a little sour and delightfully sweet.

I had so much fun making my wildflower jam! I hope you find my instructions helpful and decide to make some jam of your own!